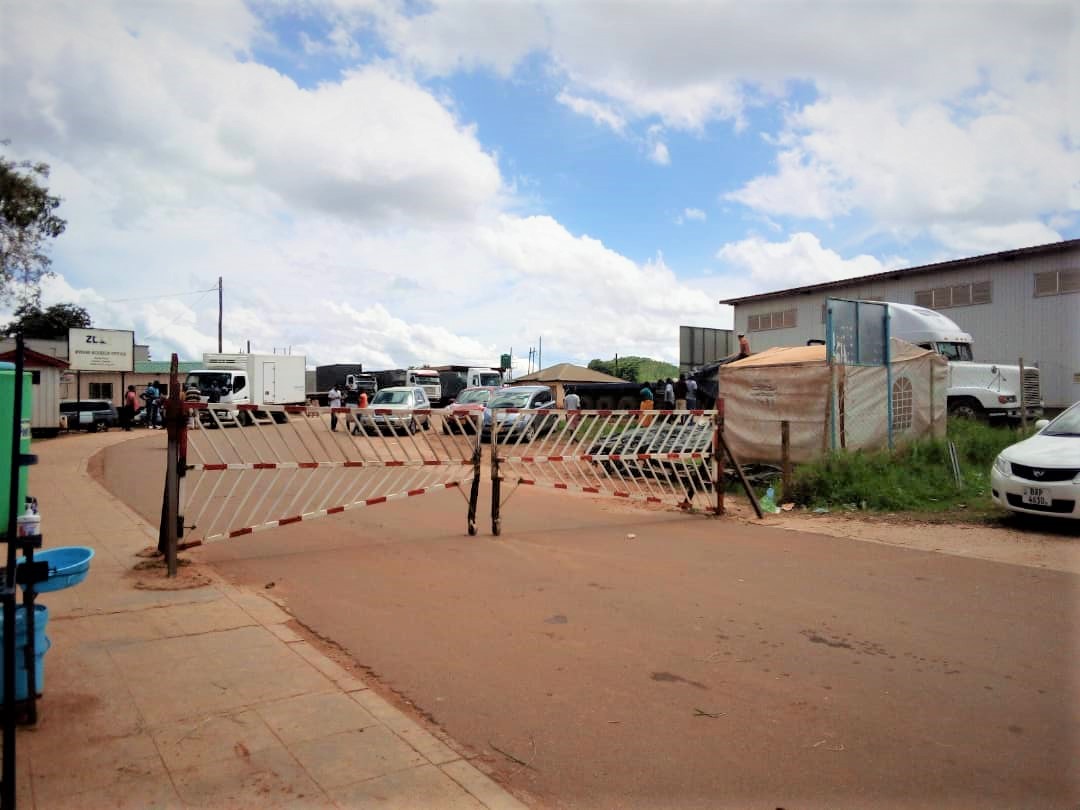 Some property owners who have been displaced by the construction of the African Development Bank (ADB) funded Mwami/Mchinji one - stop border post (OSBP) are still waiting for compensation almost three years since the start of the project.

Modernisation of the Malawi-Zambia border, which is part of the Nacala Road Corridor Development Project has displaced over 160 people and their families who own shops and houses at the border.

The Nacala Road Corridor stretches from Lusaka in Zambia and through Malawi to the port of Nacala in Mozambique. The projects, including roads and weighbridges under the corridor are expected to contribute to improving trade in these countries.

According to the Road Development Agency (RDA), ADB provided a total of 13,751,000 UA (approximately US$ 19,457, 665) to the Zambian Government for construction of the One Stop Border Post (OSBP) at Mwami and two weighbridges at Mwami and Katete.

Robert Chilumbu, 54, a peasant farmer who owns some building properties at Mwami border has not yet been compensated after his four shops were marked for demolition in 2018.

Mr Chilumbu told MakanDay that his shops were valued at over K560,000 after the valuation by RDA.

He said from the time the construction works at the new border post started in 2018, he was advised against giving his shops a facelift, because they are earmarked for demolished.

“Our challenge right now is that (many) years have passed and we have not been paid our money so that we can move on,” said Mr Chilumbu.

He said the delay is costly as he is making losses from his unoccupied shops.

“In 2019 some Indian investors had interest in renting my shops on condition that they improve them by demolishing the old buildings and build new structures. They had promised to pay me a good amount but after hearing that the structures were marked for demolition, they decided to go away,” he said.

Mr Chilumbu said before the shops were marked for demolition, he used to earn K4,000 monthly income from rentals. He said he has lost all that and now he is struggling to provide for his wife and five children.

Though the one-stop border post project is financed by ADB, funds for compensation are sourced from government. This explains why there have been delays in releasing the funds to pay the remaining displaced people.

RDA told said the remaining seven shop owners are expected to be paid their compensation amounts in the first quarter of 2022. It is not clear how much was agreed as settlement as RDA has not responded to a follow up question from MakanDay Centre for Investigative Journalism.

In response to a query from MakanDay, Anthony Mulowa – the Acting RDA Director of Communications and Corporate Affairs said “the reason for the delay in compensating them (property owners) has been as a result of cash flow challenges”.

Although some of the shops and houses have not yet been demolished, they remain unoccupied which hasled to loss of income for its owners.

Cynthia Nkandu, 43, said that she and her husband borrowed money from different lending institutions to build the shops. But then government moved in to start the process of relocating some of the businesses.

Mrs Nkandu said a number of businesses, including theirs were marked with letter X - a sign that they would be demolished to pave way for the works.

“At the time one of our properties were marked with an X, it was in a good condition and a bank wanted to rent it at a good price, but because of the X, they turned us down,” she said.

She said it is now almost three years from the time RDA promised to compensate them for losing their building properties. She also said one of their self-contained houses behind the shops is now being used as a public toilet by venders and taxi drivers at the border.

Mekelani Mvula, another shop owner, who works for Luangeni Clearing Company, said their property which is one of those to be demolished, was valued at K870,000 in 2018and that government has not compensated them to this day.

Mr Mvula complained that last year, only one person received compensation from RDA. He said since then they have just been offering lip service to the remaining beneficiaries.

“Not only did they mark our properties with X making it difficult for customers to rent the shops, but some properties near the border have developed cracks during the construction of the border,” he said.

“The cracks are a danger to human life along that area because of the compactors they were using and the sad part is that the value of money that our shops were valued in 2018has gone down there is no sign that we will be paid anytime soon,” he said.

Mwami Border Community chairperson, Kenson Ngwira has requested government to reassess the remaining compensation packages which have lost value due to time lapse.

Mr Ngwira said it was sad that people’s expectations have not been fully met since 2018. Several families at the border have experienced both physical and economic displacement.