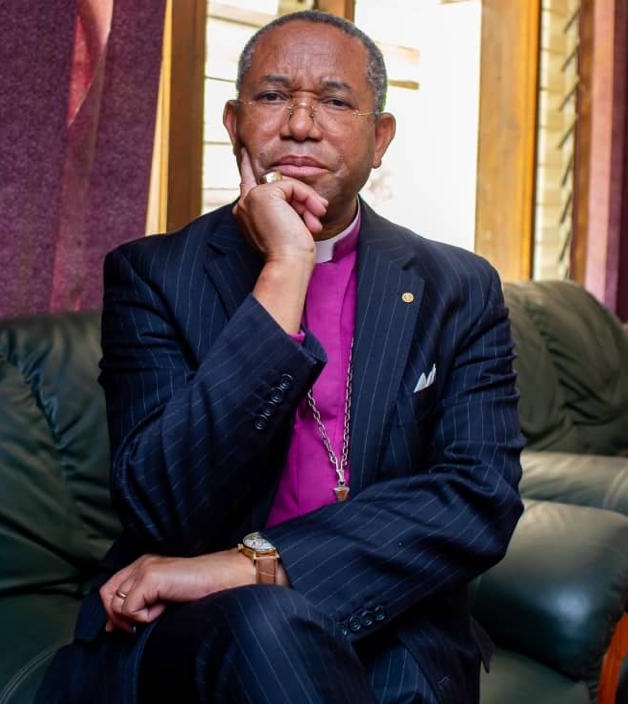 During a public lecture to celebrate the Kenneth Kaunda Day on 28 April at the University of Zambia, Right Reverend Dr Musonda Trevor Selwyn Mwamba (pictured above), said Zambia’s foreign policy was grounded on clear principles which were applied across the board.

Dr Mwamba who is president of the United National Independence Party (UNIP) said during the lecture under the theme, Kenneth Kaunda a political mystic that if the action of another country violated a particular principle, Zambia condemned it or voted against that country, irrespective of who was involved.

He said if meeting an enemy was deemed necessary to help resolve a problem (such as liberation, or advancing prospects for peace), President Kaunda did not shy away out of fear of being thought of as a traitor.

Dr Mwamba said another dimension to the country’s foreign policy was that it went beyond looking out for Zambia, it was pan African. For example, during a meeting with President Ronald Reagan at White House in March 1983, the focus was on Namibia and apartheid South Africa.

“President Reagan respectfully referred to President Kaunda as one of Africa’s senior and most respected statesmen who played an admirable role in international events and whose counsel was highly valued, Dr Mwamba said.

As a committed pan-Africanist, Dr Kaunda began the task of building a new Zambia, free to determine its own way in international affairs. There are several examples that can be picked that show how Dr Kaunda’s leadership abilities helped the country find workable solutions to the country’s problems.

Zambia paid heavily for her support for the liberation struggle in Africa in general and Southern Africa in particular.

Rhodesia’s colonial power, Britain, which had Prime Minister Harold Wilson from the Labour Party reacted swiftly by imposing economic sanctions against the Smith regime. The sanctions included an oil embargo.

The measures were meant to force Smith to come to his senses and renounce UDI. However, Smith did not yield to the pressure. He survived for 15 years because some unfaithful multi-national companies smuggled oil to him.

For Zambia, landlocked and only a year old, having gained independence on 24 October 1964, the sanctions against Rhodesia had serious repercussions on her economy, forcing the country to re-route her goods. Zambia had up until that time relied almost entirely on the southern route, through Rhodesia for the transportation of her imports and exports.

The sanctions meant, in effect that Zambia had to find alternative means of transport in the haulage exercise, including air transport, although it proved expensive in the long run. It was argued that the most ideal thing for Zambia was to use Dar es Salaam route for both imports and exports, since Tanzania was an independent country which was friendly to her.

Following the closure of the southern route, Zambia had to introduce petrol rationing on 23 December 1965. This was to remain in force until three years later.

In the 1960s, the 2,400 km highway from Dar es Salaam in Tanzania to Kapiri Mposhi in Zambia was known as the “HELL RUN” because of its many hazards. Any driver who got on that road knew the risk involved and had to seek divine intervention for safe passage.

Zambian Vice-President at the time, the late Simon Mwansa Kapwepwe, in October 1968, in reviewing Zambia’ performance of the first four years of independence, said as far as he was concerned, the main achievement of the period was the oneness of the people of Zambia. It was this unity, he believed, made it possible for the country to achieve a proud development record.

“I don’t think we are blowing our own trumpet when I say that Zambia’s overall economic achievement since we came into power is a record. There is no country in Europe or America which has done so much in a such a short period,” he said.

It was true that Zambia had been able to draw on the experience of other countries “but I can proudly say that there is no country in Africa or Europe which beat ours over the past four years,” Mr Kapwepwe said.

He mentioned, in particular the Tazama Oil Pipeline, the Maamba Collieries and the surfacing of the Great North Road.

“I mention these, although there are many other development projects completed, because these projects helped maintain the production of copper, the key industry for our general development,” he said.

Another achievement recorded during the first four years had been the joint establishment of Tanzania-Zambia Railway Authority (TAZARA) under which the two countries were later to build a Chinese-funded railway line between Dar es Salaam (Tanzania) and Kapiri Mposhi (Zambia).

Indeed, it was almost a miracle that Zambia could boast of any achievement at all during this crucial period in her history- crucial in the sense that this was probably the most trying period for the country following Ian Smith’s UDI for Rhodesia, a year after Zambia’s independence.

Without delay Zambia-Tanzania Road Services (Zam-Tan) was established in 1966 as a direct result of the closure of the southern route. Zam-Tan was established as a joint venture with 35 percent shareholding each by the governments of Zambia (through Zambia Industrial and Mining Corporation - ZIMCO) and Tanzania (through National Transport Company) and 30 percent by Intersomer of Italy.

Zam-Tan was granted a monopoly franchise, which meant that any other haulier operating on the route had to act as sub-contractor to Zam-Tan was expected to operate to at least break even financially. Zam-Tan and its sub-contractors were carrying about half a million tons per year of freight between Dar es Salaam in Tanzania and Zambia.

Zam-Tan was able to operate profitably and to offer a high standard of service to its customers in this period. But that was before the full opening of the TAZARA.

The birth of Zambia Railways

Zambia Railways which broke away from Rhodesia Railways in July, 1967 had during its first year of operations improvements effected. These included a start of a new workshop in Kabwe, the installation of a computer service and the provision of 1,300 wagons and 26 locomotives.