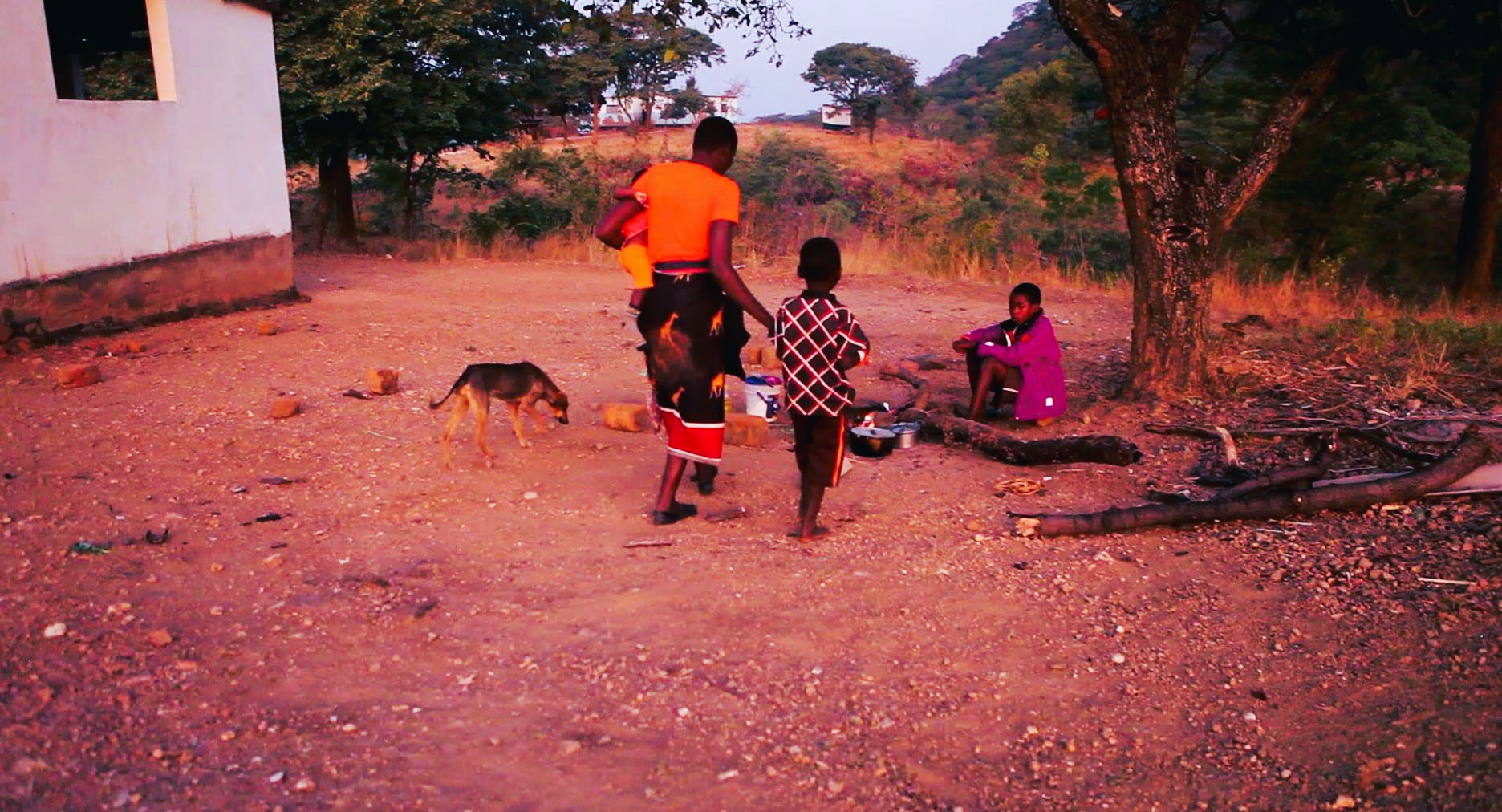 PEOPLE are dying from measles – a preventable disease, because of unconventional religious beliefs which bar them from seeking medical help, a MakanDay inquiry has revealed.

Measles is a highly contagious viral infection, an estimated 23.2 million people worldwide were saved from painful deaths with the help of improved vaccines, says the World Health Organisation (WHO).

Deaths and sickness in Syanyuka

But in Syanyuka village in Pemba District, 27-year-old Vivian Masumo narrated how she had walked 20 kilometres to Muziyo health centre, the nearest medical health facility from her home.

The mother of four told a MakanDay team outside the health centre that she had contracted measles when visiting her son currently living with her brother.

Vivian (pictured) was preparing dinner as she recounted her harrowing experience.

On her laps, was her one-year-old baby, who was also recovering from measles. Her nine-year-old son, sat near the fire looking very weak and impassive. Another six-year-old son was sleeping in a room which the medical staff had turned into a rest room for patients who spend nights at the centre.

Measles is normally passed by direct contact through the air, infecting the respiratory tract before spreading throughout the body.

“My husband and our three-year-old daughter are the only ones who are not sick,” she said.

She said her elder brother, Taambu Masumo, who is married to four wives and has 19 children, lost six of his children to measles within a week, because his faith does not allow him to use conventional or western medicine. (You can also listen to Vivian's interview below)

Taambu and his family belong to the Apostolic Church, the locals call it Komborera – literally translated as "Blessing".

It was founded by Zimbabwean Johanne Marange.

In Zimbabwe, the followers are known as Apostles of John Marange. The religion has spread to other countries, including Zambia and has over a hundred members in Syanyuka alone.

Some Apostolic Church members told MakanDay they do not use conventional medicine because their Church doctrine forbids it. Their belief is that only God is heals and the patients are only allowed to take water that has been prayed for. The result is that some of its members are succumbing to the preventable disease.

“My wives and I do not take our own children to health facilities,” said Taambu during MakanDay’s visit to his home in Syanyuka.

“From the time of the measles outbreak on July 26, none of my children have been to the clinic to seek medical help, because we don’t believe in that.

He added: “I had 19 children, six died, because of the illness and I have remained with 13 children and all of them were born from home.”

Music from the portable radio was fighting back the deep silence from the farm which was host to another funeral the previous day. Some of the measles-struck children were out in the sun.

Taambu said some women in the church serve as midwives to assist women during child birth and there are prophets who inform members of the difficulties ahead.

“We do not have a church building, we meet at the hill behind my village,” he said. “In February, our prophet warned us about the measles, when it struck, we recalled his warning.”

Call for government to act

Some residents are starting to think churches should be held accountable to a human being, instead of God. The untreated measles patients are a concern to some residents of Syanyuka village.

According to Gift Liwembe’s estimates, so far 18 children have died from a measles infection. He is a community health worker at Muziyo health centre.

“It is unfortunate that when health workers visited members of the Komborero (church) in mid-August, they fled into the hills because they don't believe in conventional medicine.”

“We recorded 16 community deaths, resulting from measles because the members of the community were hiding them in the bush,” said Kaayunga.

Kaayunga said although his office cannot address spiritual matters, the government and traditional leadership is helping to raise awareness over the need to seek medical care during the measles outbreak.

The Human Rights Commission (HRC) accepts people have a right to belong to any religion as guaranteed by various UN conventions, including article 19 of the Zambian constitution, but says the government can restrict that right if it affects public health.

“The government has the primary responsibility to protect the rights of the victims, such as children who may have been affected by the disease as well as other community members who risk contracting the illness due to the challenges in containing the public pandemic,” explained spokesperson Mweelwa Muleya.

Shortly before the article was published, Taambu told MakanDay another of his children, this time, an 18-year-old daughter, had died of measles. She has left behind a husband. That brings the number of children he has lost during the measles outbreak to seven.