SHOPPING MALLS: A SYMBOL OF CAPITALISTS’ WEALTH AND POWER OVER AN IMPOVERISHED SOCIETY 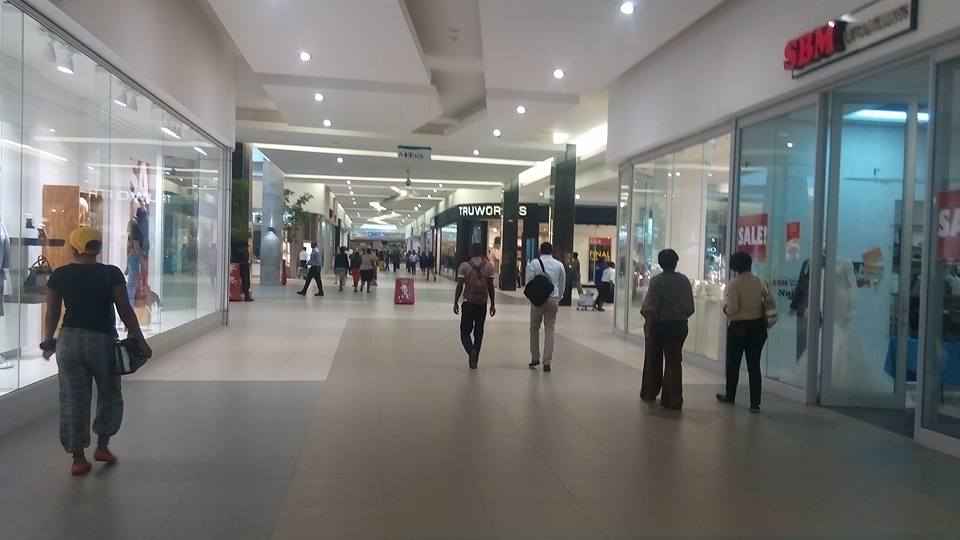 An impression gained by a visitor to any one of the larger towns of Zambia is of a country that is on its way to prosperity. Is it?

In Lusaka’s Woodlands area alone, there are four slick shopping malls within a radius of a kilometre – some separated by a distance of 100 metres. The latest addition is the one sitting on the controversial St. Mary’s School grounds, bringing the number to four.

When the first mall emerged on the Zambian scene, it was like a chariot of hope descending over a decaying and deprived society, hoping to end unemployment, poverty and boost local industries. But more than anything, malls are a symbol of the wealth and power that the capitalists have continued to accumulate since the liberalisation of the economy in the 1990s.

It is a scenario that others like Catholic priest, Fr Joe Komakoma, then director of Catholic Commission for Justice, Development and Peace (CCJDP), now Caritas Zambia had predicted at the opening of Manda Hill.

In his column in the defunct Post Newspaper, he wrote on 28 October 1999: “I do not know whether I should be celebrating this occasion (opening of Manda Hill)as a great stride in our economic development or feel sad since as only a trading “Mecca”, it will just be another means by which the little money we earn will find its quickest way to South Africa.”

Fr. Komakoma went further to conclude that the most serious problem is that Manda Hill will just add the problems of exclusion and deprivation. He said for a few people, “Manda Hill will be the ultimate temple for worshipping of Mormon as they will have no problems to shop until they drop. “But the same is not true for the majority of Zambians. Manda Hill will not serve the needs of the people of Garden (township),” he said.

Those cut off from the shopping malls that Fr. Komakoma referred to, include, not only cellphone airtime sellers at the entrance of Manda Hill, but local producers who stand no chance against the slick powerful modernity that shopping malls represents.

Shoprite, Spur, Pick n Pay, Game Stores, PEP, Mud – they are all here stocking South African merchandise. What that means, like one economist pointed out, is that every ngwee spent in these shops goes to boost the South African economy.

Are shopping malls really adding any value to our country’s development? I do not think so. Had these malls been new factories, supplying goods which are in everyday use, only then could we be proud as a nation of the progress we are making. I will not be surprised if some of the malls start closing down and becoming white elephants because of lack of business.

Some people will argue that these malls are contributing to the much-needed employment. Yes, but what type of jobs have been generated by these malls? Are they the type of jobs capable of lifting millions out of their poverty? Mostly, the people employed are unskilled school leavers, the majority of whom don’t even have the most basic skills of welcoming customers.

It has often been said that the country has been able to develop at remarkable speed because of the great supply of cheap labour which has been available. The big industrialists and the kings of commerce, however, will say with some emphasis that labour which is unskilled, ignorant, and even idle can never be regarded as cheap, and only with acquisition of ability will the masses be able to emerge from their poverty which we see in many of our compounds.

In 2016, then President, Edgar Lungu was right when he directed all supermarkets to give adequate shelf space to Zambian-grown agricultural produce and other local products. But beyond that statement, what has government to develop concrete plans and solutions to the country’s collapsing agricultural sector?

The chain stores import potatoes from South Africa, yet the Zambian agriculture sector is collapsing. The shops still have bananas from abroad and butter from Europe. What is the country doing in aquaculture when the fish in these stores is still being imported from abroad? The country grows cotton, yet the clothes sold in the shops around are imported from China, Mauritius and South Africa.

The Zambia Institute of Policy Research (ZIPAR) acknowledge the challenges facing local producers to compete with imported goods in a research paper – The expansion of regional supermarket chains and implications for local suppliers. They point to Trade Kings as a good example of how a Zambian local supplier can grow from predominantly producing one or two products to a range of products.

Zambeef is another company, which has grown intensely by diversifying its products. The company has been helped by concessionary agreements with Shoprite Holdings by supplying their butcheries in Zambia and in western African countries of Nigeria and Ghana where Shoprite has operations.

However, there are a few more local businesses with the potential to supply but are constrained by several factors. “The main hindrance has been that of supermarkets changing their procurement and sourcing strategies where they have moved away from spot purchases to adopting a more centralised procurement from suppliers giving them direct influence over the quantities, terms of delivery and product quality,” said ZIPAR. “This has had an adverse effect of shrinking the supply base by using only preferred suppliers.”

There is another worry emerging from behind the glamour and allure that shopping malls bring. Observers say the buying power to sustain ostentatious stores is not just there in Zambia. There is enough evidence from the likes of Ackermans, Smart Centre and others that left soon after opening and those that are closingnow. What with the high poverty levels? Add to that, current economic woes which are forcing some stores to close, mainly due to lack of business and high rentals which in some malls like the pristine 75-store Levy Junction in Lusaka are in US dollars.